The Pollarding Festival, which the oldest village festival in the Ogbournes, takes place once every three years. In order to determine whether the festival is due, you take the current year (eg 2017), subtract one, and then add up the digits (2017-1=2016. 2+1+6=9). If the resulting number is divisible by 3, then the pollarding festival is on.

Village elders dress in the oldest, most dishevelled clothes they can find and congregate in the churchyard, equipped with long-handled loppers and stepladders. Each elder then chooses an old lime tree from the ancient avenue of lime trees, which line the path which threads its way between the gravestones. Having identified a suitable tree, the elder will pace round it in a pensive fashion, whilst rubbing his (or her – for female elders also participate) chin. Suddenly the ladder is put into place and, with the speed and frenzy of a whirling dervish, the tree is attacked with the long-handled loppers, until nothing remains except a forlorn stump. The elder then steps back and admires the pathetic trunk, before setting about another unsuspecting tree and repeating the ritual. The process is repeated until no twig or leaf is visible on any churchyard tree.

The festival concludes with a short observance in the church, during which herbal infusions are consumed , before the weary elders return to their impoverished hovels. It is a great mercy that the festival only happens once every three years. 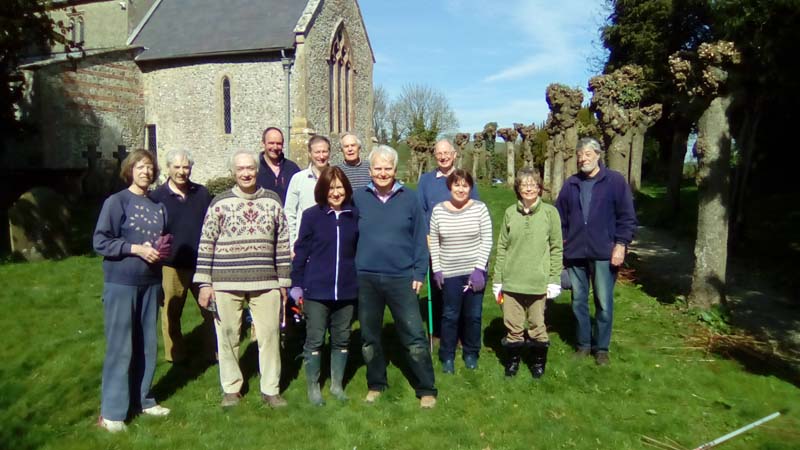